We sat down with some of the GWA champions for an insider’s look at what tricks were thrown down, the best pre-competition snacks and where wingfoiling is heading.

First up, Eva Wyss, who took first place in the Surf/Freestyle category: 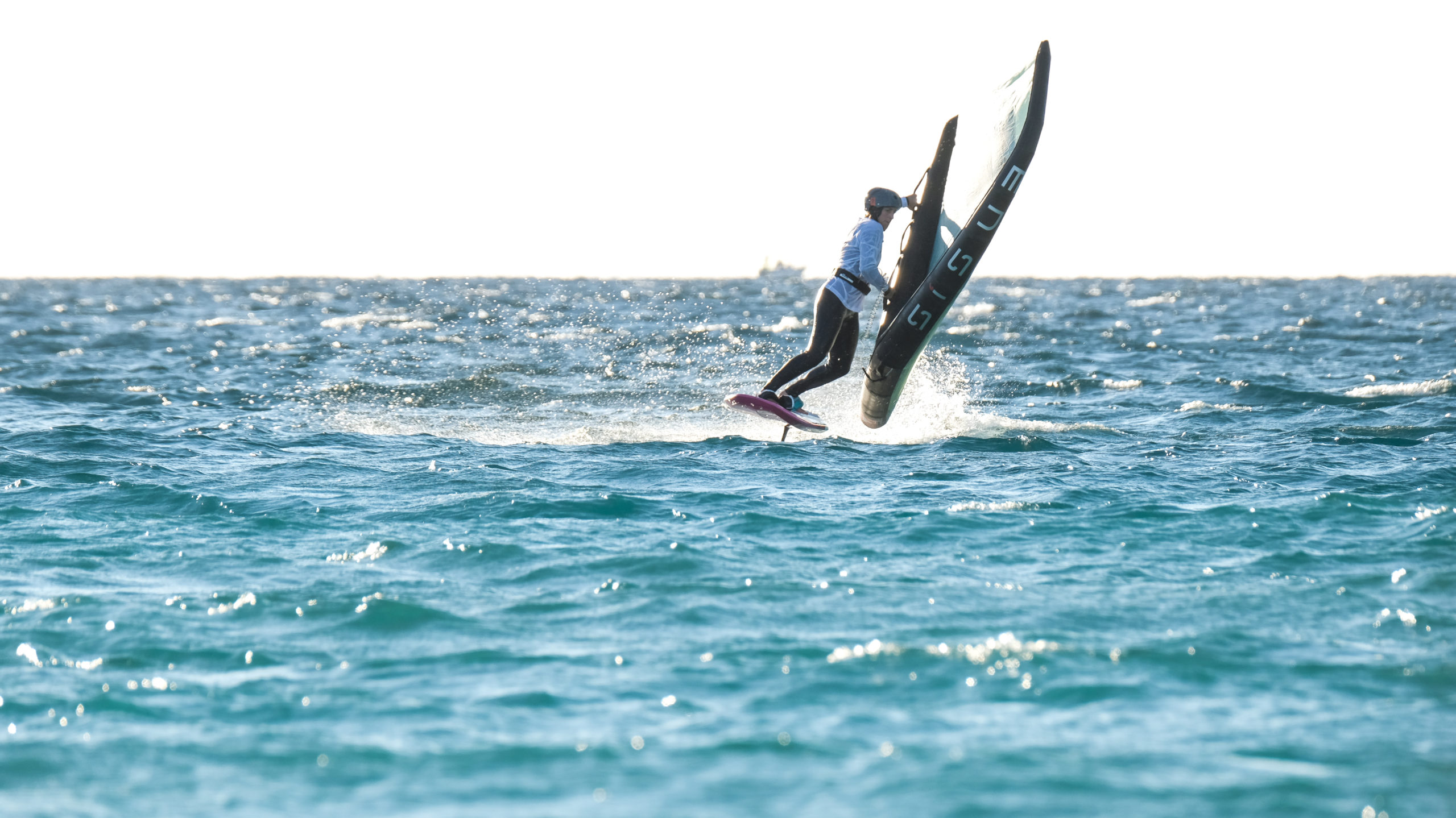 Air 360 which I learned just the day before the competition.

We – Balz, Laura, Michi, Andi – drove to Tarifa by van before Christmas to get to know the spot by wing foiling. Tarifa and its surroundings is such a nice place to explore by van. Every session on the water together was so nice and I got inspired by all the happy wingers around me. First, we foiled with almost only the locals then more and more riders arrived in Balneario/Playa Chica. It was especially motivational to ride with the women.
And I also believe that the No.1 pizzas gave us enough energy in the evening to be ready the next day again.

Besides the water sports enthusiasts, I think it will also attract all sorts of people who have never done any water sports before: young/older – women/men – ocean lovers/people who live close to a lake. And winging will not only be on water, but you can also have a lot of fun on a skateboard or on snow, too.

How do you recommend someone gets started with wing foiling?

Play with the wing at the shore. Find out (on your own, by tutorials or instructors) how the wing works. Try to put it in neutral, feel when it’s powered up and try to jibe so you feel how the wing reacts by changing the positions of the hands. Find out how to turn the wing from upside down and think how you would do it on a board. Also, try out how you would use the wing from a kneeling to a standing position. Then to the water, let’s go.
The first sessions should be with decent wind (>15 km), use a foil with a big surface (>1700 cm2) and easy-lift, a floaty board and a wing which is not too big so that the winglets of the foil don’t always touch the water when you try pumping your foil up.
You will see after a few sessions you will be able to wing foil with far less wind.

How can our readers start taking their wing foiling to the next level?

Watch other riders who inspire you, visualize a trick or move you would like to learn. And then do it like Pippi Longstocking says: I have never tried that before, so I think I should definitely be able to do that. 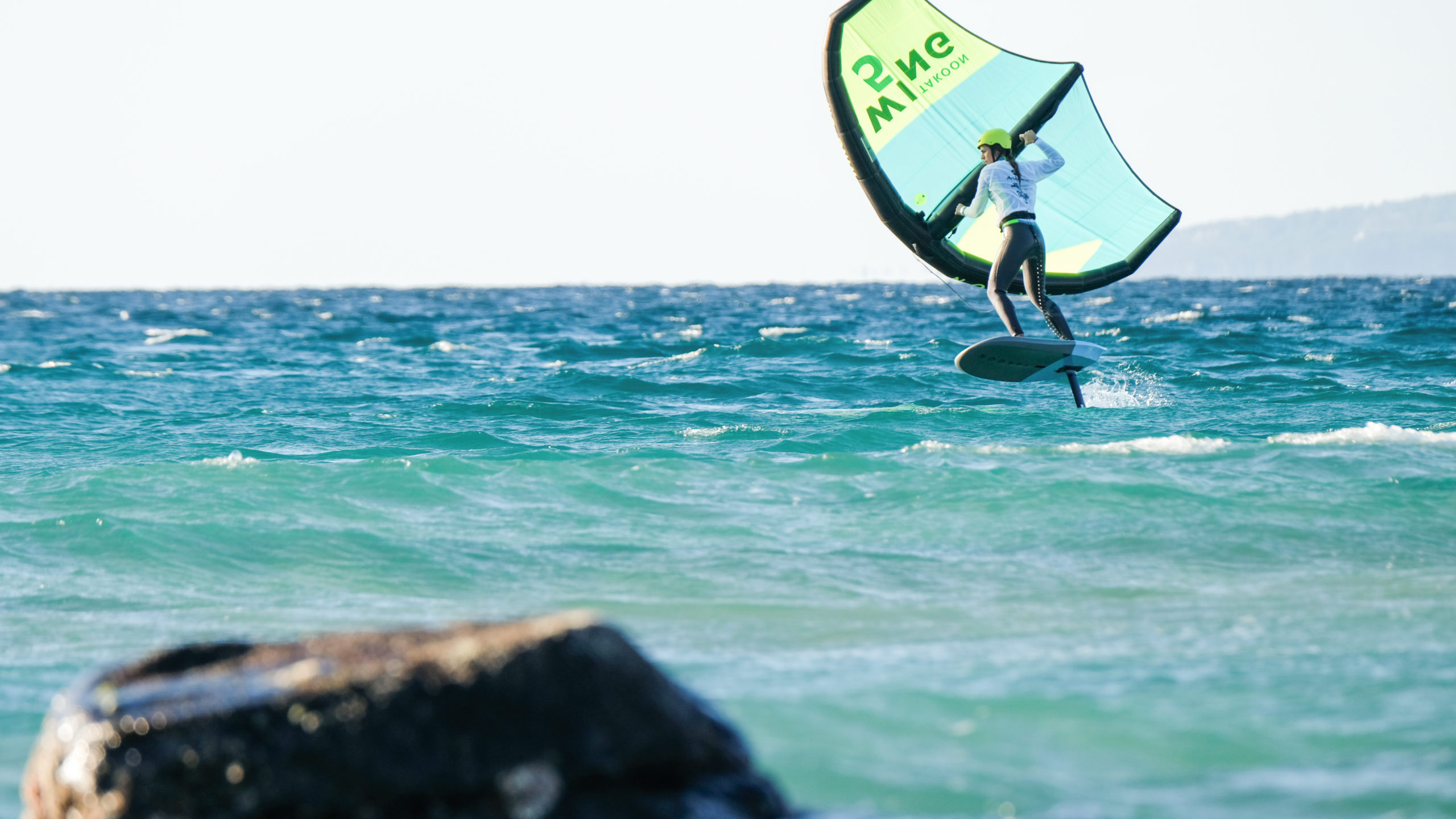 My favorite trick of the competition was the height 360 of Titouan Galea. That guy dances in the air.

I started wind foiling regularly last September. At that time, I didn’t even know I was going to participate in a Wingfoiling competition. I sailed with friends, I learned how to jibe and tack, then I went surfing in soft waves where I usually do SUP foiling. Watching people jumping made me want to try, I put the straps on and I tried to jump like in kitesurfing. For now, my preparation is based on having fun on the water and trying my best in this new sport.

Wingfoiling is becoming very popular. This sport will surprise us, as it always has done until now. Coming from SUP Racing, I never thought I’d do a freestyle competition in my life and I love it! This new sport will give great opportunities for many people, to reinvent everything in freestyle, to surf all kinds of waves and even the wind swell, to take on challenges in racing, and most of all to have fun on the water no matter what the conditions are like.

How do you recommend someone get started with wing foiling?

Start with the right material, a good instructor and nice conditions. For the board, I started with a board of + 25L greater than my weight. Ex: I’m 65kg, I started with a 90L board. It’s good to feel comfortable on a big board to start. I had a regular foil that gets up early and a wing adapted to my weight and to the wind conditions. The best is to start with 15 knots, on a safe spot, flat water, side / side-on wind and with somebody that gives you some advice.

How can our readers start taking their wing foiling to the next level?
Once you feel ok, try to sail on different spots and various conditions. Remember to always have fun and congratulate yourself.Just give your best.Sailing with inspiring athletes helps you to improve your skills and to try new things.For me, sailing with Balz and Titouan during the Tarifa Wing Pro made me improve my level in a few days, as much as sailing two months alone!

I loved the salmon and avocado bocadillo of the Balenario chiringuito! I usually take dried figs on the water, it’s ok if they’re in contact with saltwater and it’s very energizing. 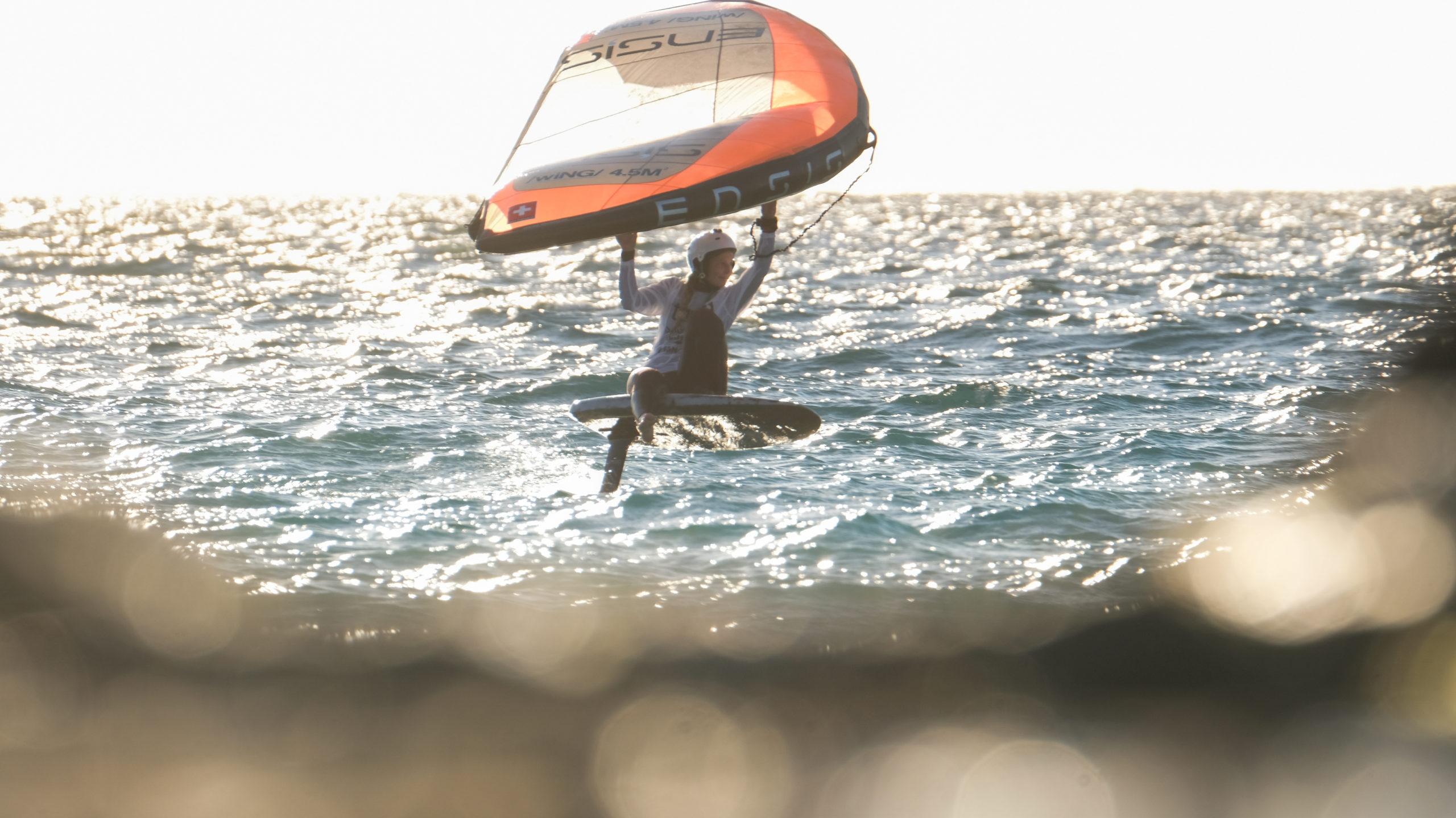 Sitting on the board

I decided to take part in the morning of the competition. So I did not have much time to prepare, but I had great support from friends.

Wing sports will become a sport that unites all water sports enthusiasts. Wing sports you can do all over the world, whether there is a lot of wind or not, with or without waves. Above all, my dream is that there will be a lot of women’s power in wing sport.

How do you recommend someone gets started with wing foiling?

Don’t be afraid of the foil, it will make you fly over the water and once you have tried you will just love it.

How can our readers start taking their wing foiling to the next level?

Go out on the water with other crazy wing foilers and get inspired by them.

Our 2021 event scheduled has been announced. See our 2021 tour schedule here. 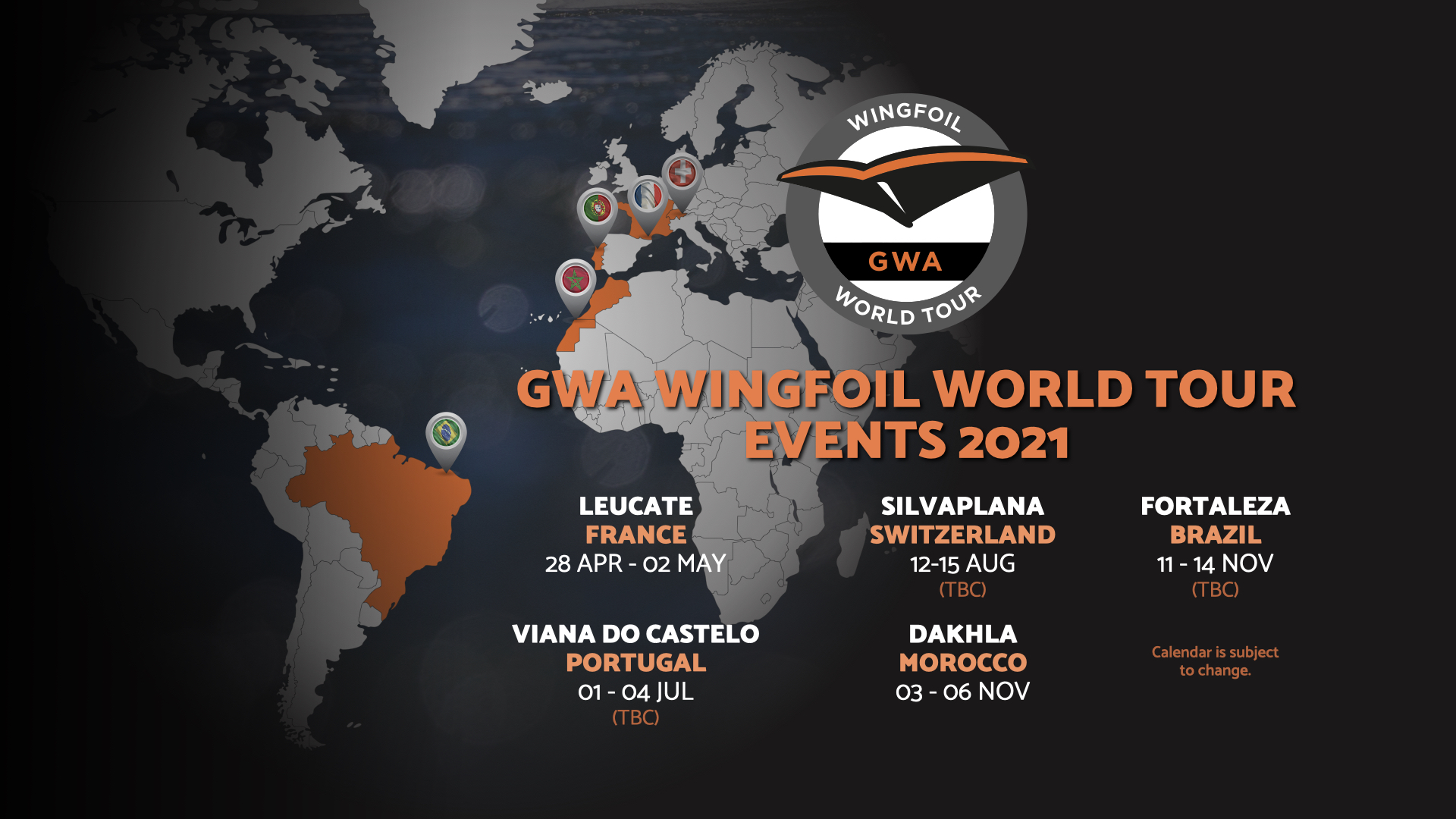 After so many years being on the edge of achieving...