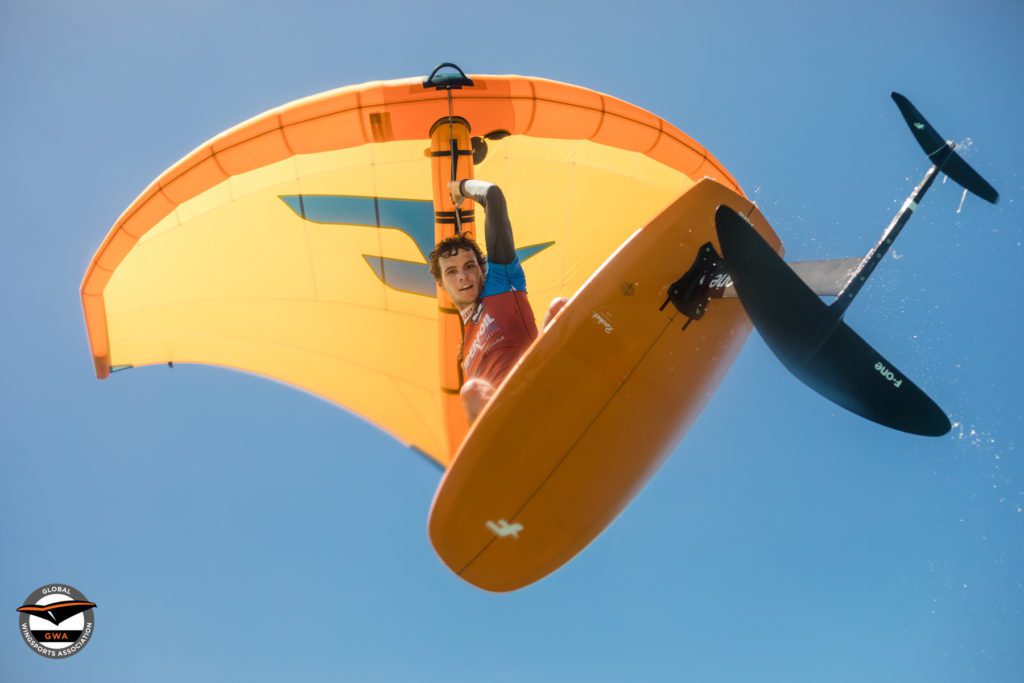 Today we had the final day of competition here at the GWA SuperFoil Brasil 2020.

Throughout the competition Fortaleza has delivered the goods needed for running a great WingFoil Championships. The wind may have dropped slightly in strength at times, but each day we’ve been able to run our heats without problem. The swell that came into Praia de Iracema these last days has also been perfect for WingFoiling. It’s an impressive place for a competition, Fortaleza makes a surprisingly beautiful spot for a WingFoil event.

Today we ran a Best Trick/ Best Surf Super Session Competition for our WingFoil athletes, it was the first expression session the GWA have run in Brazil, and we were excited to see what combinations of Freestyle and Surf our WingFoliers would have in store. 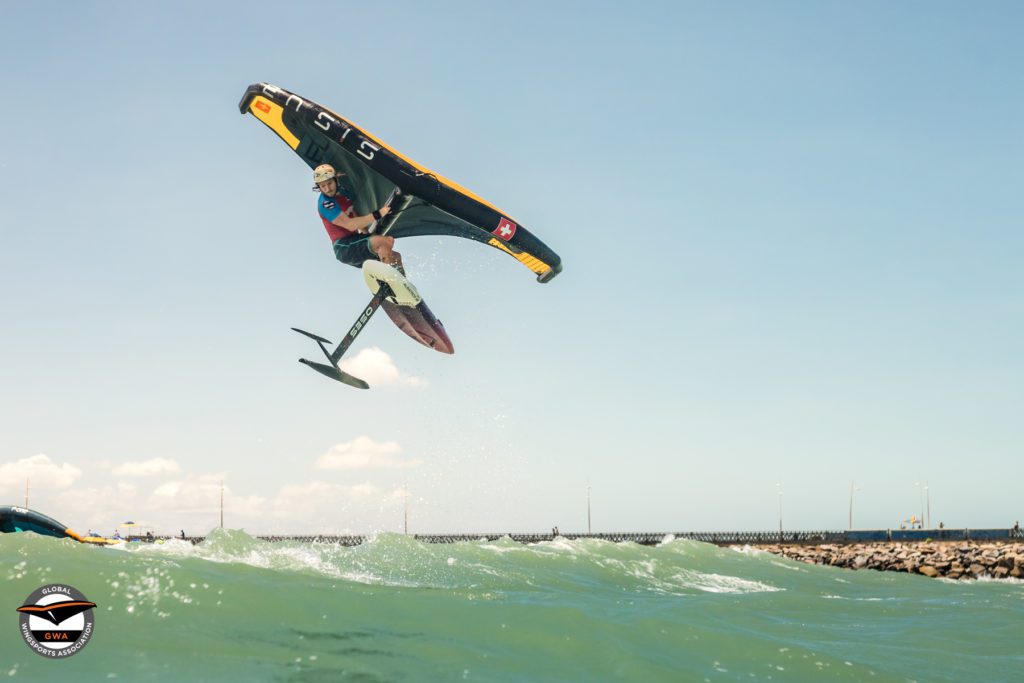 The first heat saw Dudu Mazzocato, Fabian Muhmenthaler, Yann Rifflet, Maxime Chabloz and Balz Müller head to the water. Balz and Maxime both rode well. Balz landed a blind to toeside 360 and surfed some nice waves, which he attacked with style. He advanced into the final with a score of 14.13, followed by Maxime, who went into the final with 9.37. 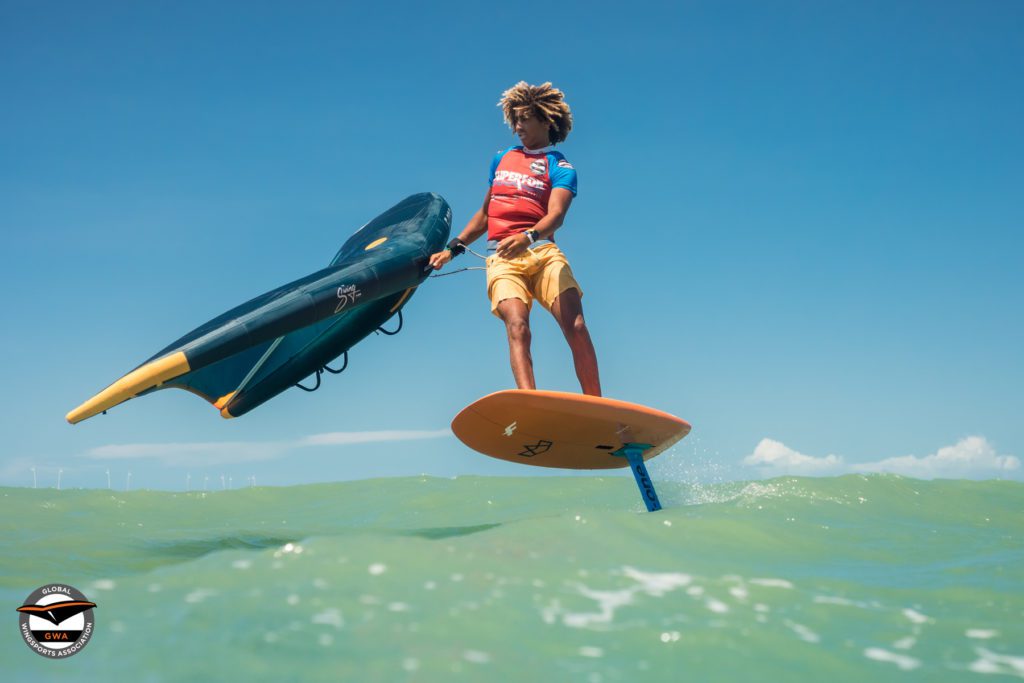 In the second heat we had Levi Lenz, Hendrick Lopes, Michael Näf, Fernando Novaes and Titouan Galea. Fernando tried his best in the swell as did Hendrick, the young Cape Verdean is already showing huge potential in the waves. Michael landed a stylish combination, raley into a front side three, which gave him a freestyle advantage over the other two wave riders. Titouan out rode his fellow competitors, landing a backflip, and a front side three which he rode out of at max speed. He then caught a wave, mixing in some freestyle air which gave him 14.57 points and a place in the finals. Michael went through to the final with 10.27.

We were not so lucky with the wind for the finals, it dropped just as our riders were heading into the water. Swell dropped due to the higher tide, and this combination made for a tricky final heat. Our athletes searched in vain for waves but they were a rarity. Balz had an unlucky heat and didn’t land any tricks. Maxime showed us some nice carving while on the search, and managed to land a nice raley. Michael landed a smooth frontside three which earned him second place, but it was Titouan that caught the best wave and rode it all the way to the shore. He also landed a bigger raley than Maxime’s, giving him that little bit extra needed to secure the win. The scoring in this heat was about as tight as it gets in a competition for the top three due to the conditions. 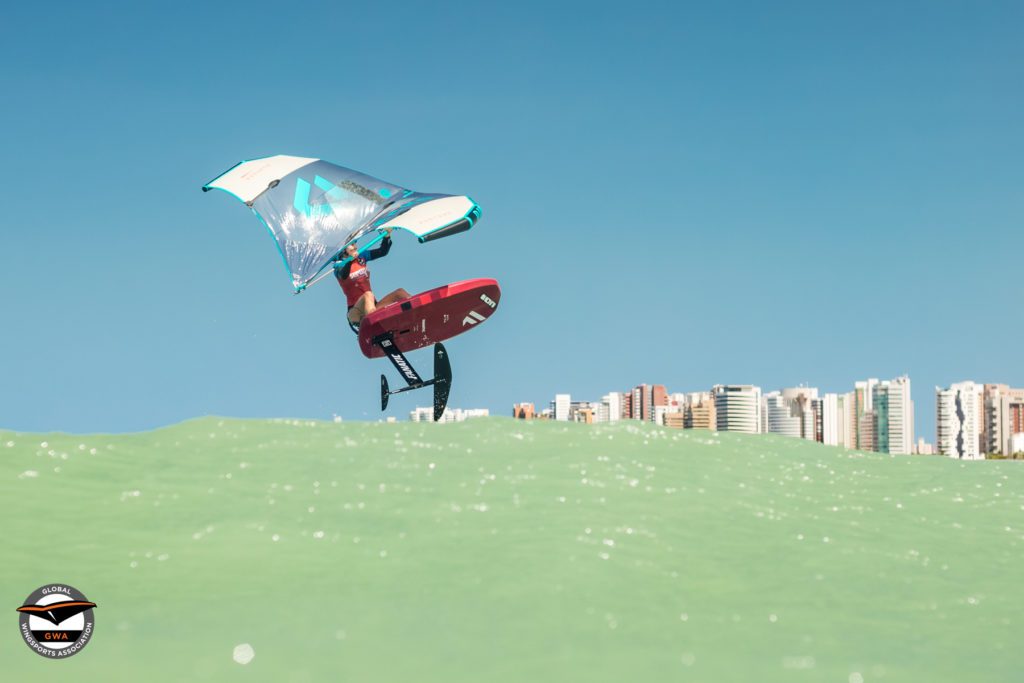 We had two women competing in the female division, Leysa Perotti and Liana Maia. Leysa caught a nice wave which won her the heat. 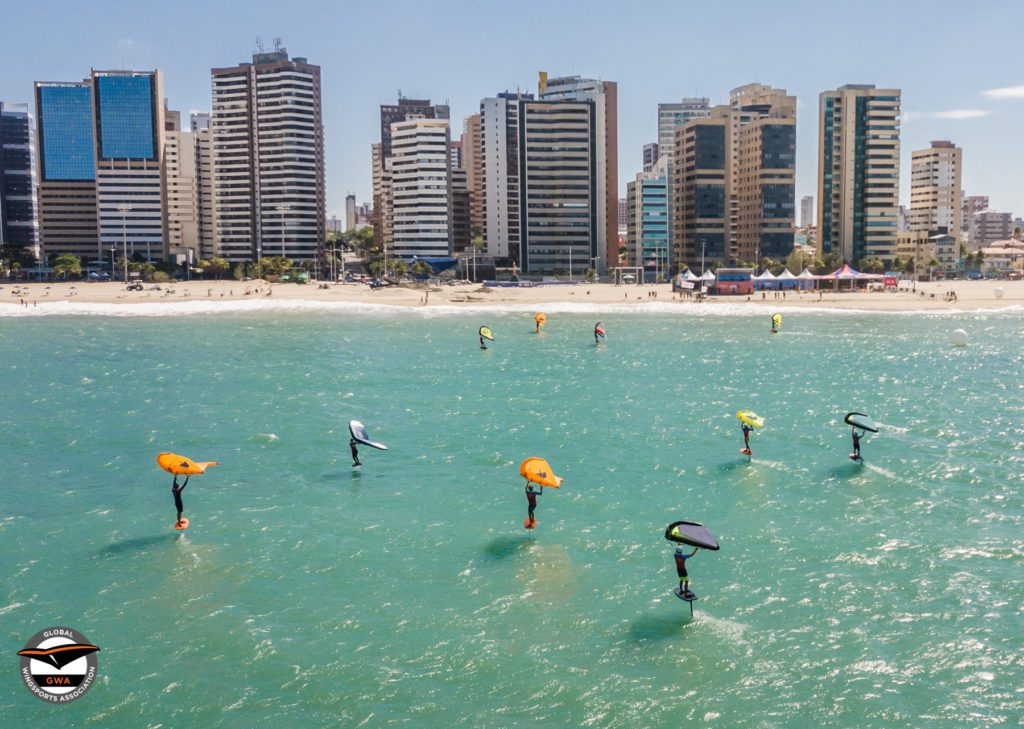 We were also testing different formats for a Surf Race discipline this afternoon. It’s a fun new experience for everyone involved. Our athletes rode around a course, with specific downwind stretches in which using the wing was forbidden – riders could only pass these downwind stretches of water by pumping or surfing a wave. Titouan’s Kite Racing experience was evident as were Balz Müller

A heartfelt thank you to our event partner SuperFoil Brazil, and their awesome team for organising such an incredible event. It feels great to get the team and athletes together again after such a difficult year, and what a location to do it!  Everyone who came now has a special place for Fortaleza and Praia de Iracema in their hearts. Another thank you to all our athletes and GWA crew for making the event such a joyful place to be. 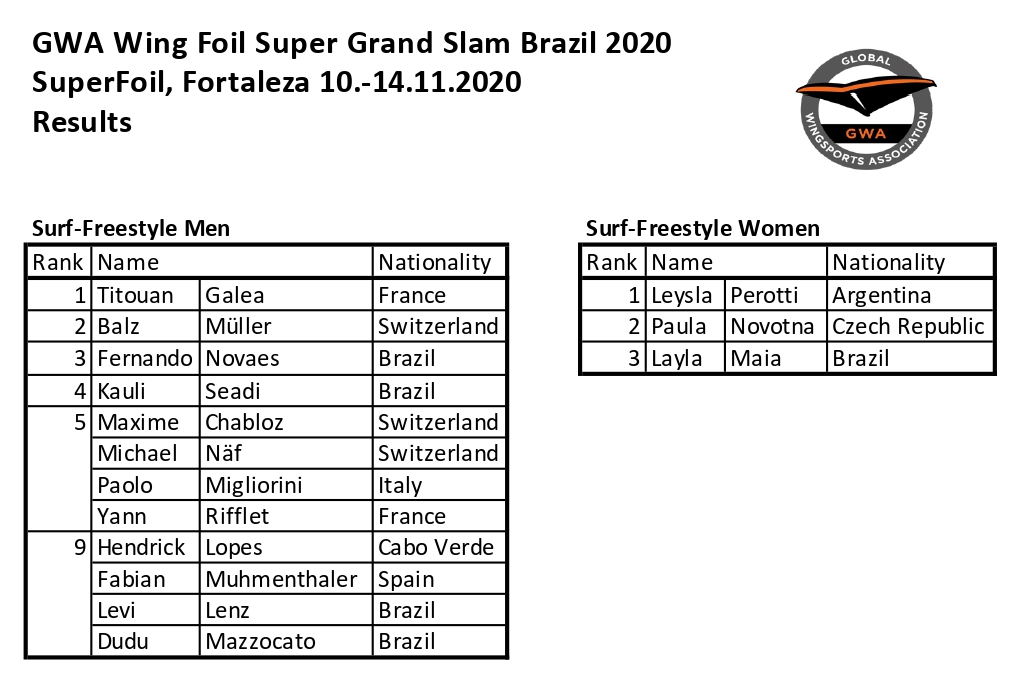 Take a look at our highlights from yesterday, the ...

@flo_artz held her nerve across 11 races to finish...