We have our first ever GWA Super Foil Brazil Champion!

Day 3 has been action packed here in Fortaleza. The wind was up and down and judges decided on heats of 9 minutes to compensate for the lulls, thankfully there was enough to run the competition and head right into where we left off yesterday, at Round 3.

In the first heat of Round Three Maxime Chabloz landed the first perfect backflip of the competition. He showed the judges some of his freestyle talents but it was not enough against the Brazilain, Ferando Novaes. He comes from a surfing background which gave him the advantage, when mixed alongside freestyle ticks. Fernando advanced into the semifinals with 22.10 points against Maxime’s 20.44 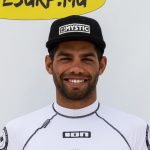 Titouan Galea and Yann Rifflet rode in Heat 2. Titouan dominated the heat and advanced with a score of 26.50 to Yan’s 12.83. 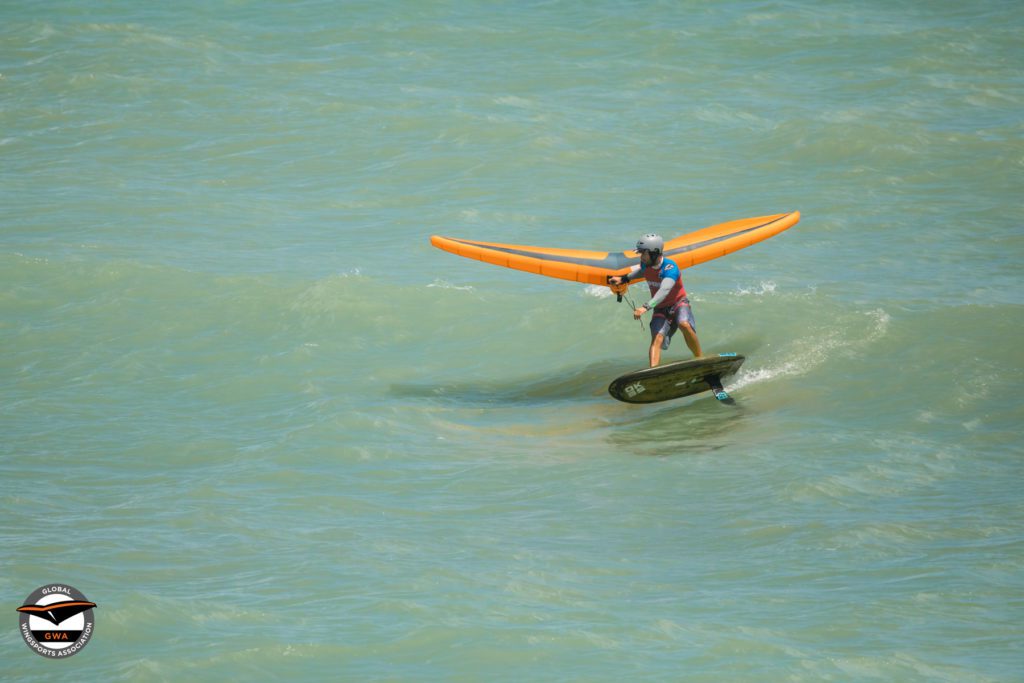 Kauli Seadi once again demonstrated his waterman skills during Heat 3 against Paolo Migliorini. The former professional windsurfer is gradually building a repertoire of tricks, like air three’s and toeside airs to add to his ample surfing talent. Kauli advanced with 20.69 points to Paolo’s 14.40. 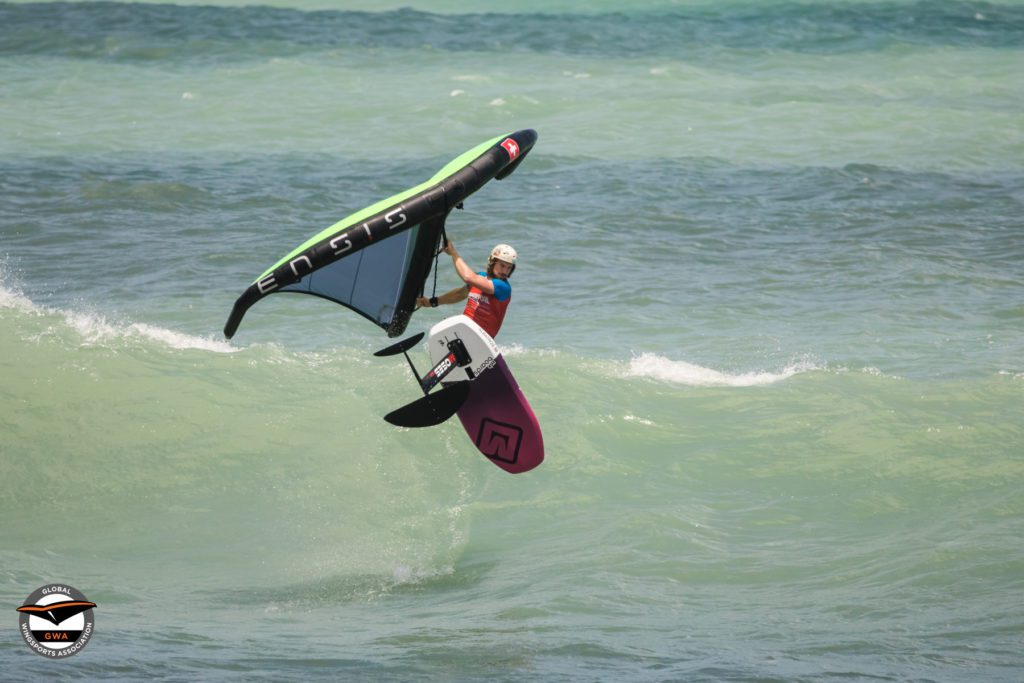 In heat 4 Balz Müller and Michael Näf showed how much fun it is to have a friend on the competition circuit. The two riders come from the same region and train on the same lake in Switzerland. They really made competing look fun. Balz advanced thanks to his extensive freestyle knowledge and skills with 23.67 points, over Micheal’s 15.10. 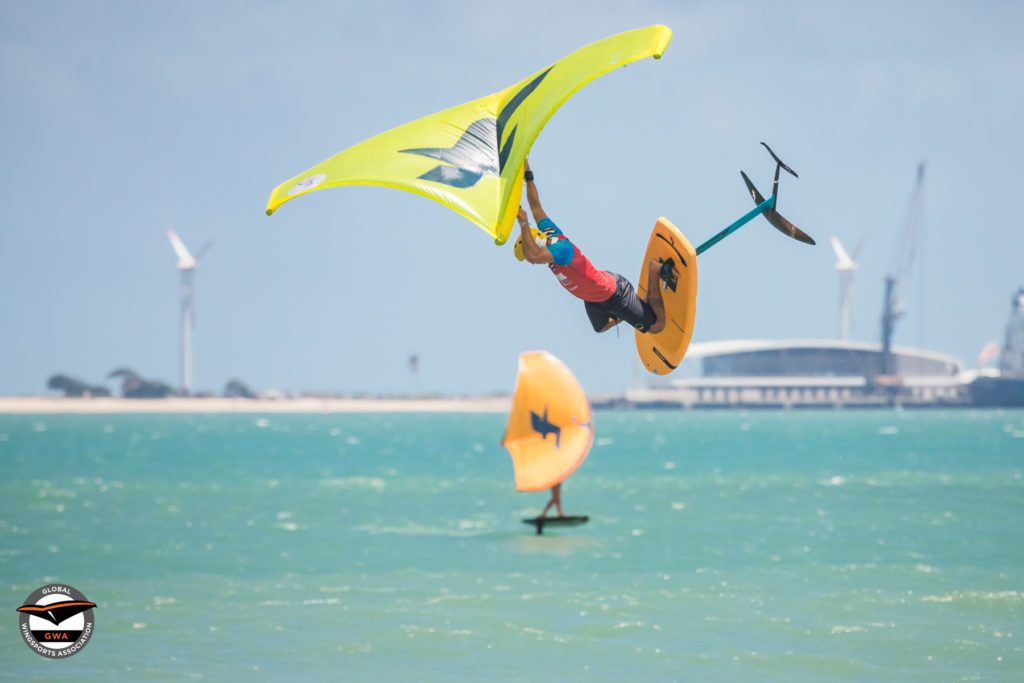 During the first Heat in the semi finals between Titouan and Fernando, we saw Titouan shine in both freestyle and surfing. He oozed confidence on his foil, with quick turns, catching wave after wave, sometimes  coming very close to the risky shore break. Fernando surfed some great waves too but it wasn’t quite enough to beat Titouan’s score of 27.16. Fernando scored 18.83 points. He surfed some great waves, but it was not enough to beat Titouan’s almost perfect score, which was the highest of the competition.

Balz faced Kauli in the second semifinals heat. He also had a great semifinal, showing us his freestyle tricks once again, but this time while he was surfing waves at the same time. He played around sitting on his board, and making some nice frontside threes, but didn’t quite manage to land his backflip. Kauli rode some great waves but didn’t have the freestyle experience to beat Balz and his 26.50 points, with his score of 18.80. 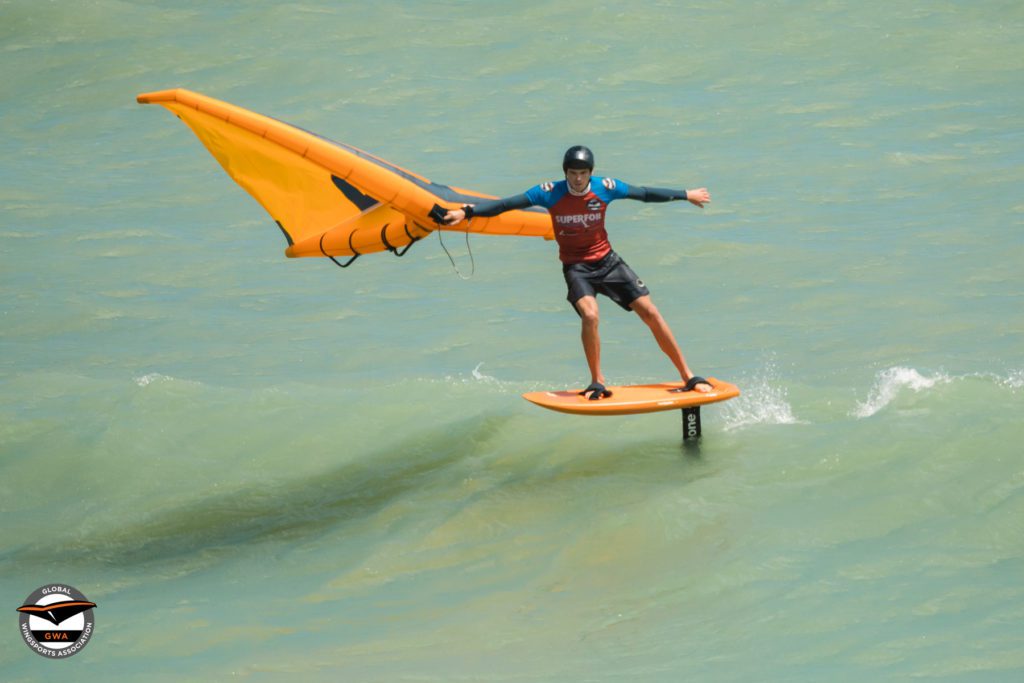 Brazilain riders Fernando Novaes and Kauili then went head to head in the mini finals. Fernando comes from a surfing background and Kauli is from windsurfing, today the surf skills were what was needed to take a third place win, which Fernando did with 19.67 points, to Kauli’s 17.17.

We then had a great final heat between Balz and Titouan. Scores were again very close as both are talented athletes. Titouan found a few more little waves, which he surfed with perfect entry, exit, execution and speed. It gave him the advantage and the win with 26.83 points against Balz and his 24.17.