The globe’s youngest up-and-coming riders opened their campaigns for title glory in breathtaking style at the inaugural GWA Youth World Cup event, which is firing just off Oliva’s beach, on Spain’s Costa Blanca.

Several of the teenagers, like Spain’s Nia Suardiaz and the US’s Christopher MacDonald, have already marked themselves out as rising stars with stunning victories on the GWA senior world tour.

But at Oliva after the first three days of competition, the pair’s rivals have shown they will not be getting an easy ride. With complex, powerful and smooth tricks in the Surf-Freestyle category, and pulsating racing in Surf-Slalom, the competition was intense.

The four-day event run by the Spain Wing Foil Tour is the opening stop of the GWA Youth World Cup tour, with a second scheduled for France in October. The overall winners will be crowned Youth World Champions in the U14, U16, and U19 divisions in each discipline.

For such a young and fast-evolving sport, the field is impressive. Thirty-three riders have travelled to Spain from 11 countries and three continents. The boys’ group of 29 boasts the youngest riders, two aged eight. In the compact, four-strong group of girls, Suardiaz is the youngest, at 15.

With such young riders in this young sport, many are fresh to international competition. Head judge Francisco “Curro” Suardiaz was a pains to explain the contest’s format and establish the young riders’ trust and confidence in a lengthy opening skippers’ meeting. Suardiaz, the father of Nia, will not judge the girls’ Surf-Freestyle event.

Despite big efforts by the organisers, the opening day of competition in Surf-Slalom proved difficult. The course for the first Surf-Slalom races was too long with many gybe marks, with the result that some of the inexperienced racers struggled to find their way around the course.

With a delay as the course was reset and re-explained, only the boys’ U19 race in the 15 knots to 20 knots southerly-east breeze was validated before the wind dropped. Greek racer Petros Kontarinis won that race and topped the standings.

When racing resumed on day three, Kontarinis cemented his position at the top of the U19 order with another win and a second spot that just gave him the edge over France’s Malo Guenole.

In the boys’ U16 division, Spain’s Xavier Corr was on fire with two straight wins to take him top of his leader board. Luca Vuillermet (USA) was equally successful in the U14 group with two wins from two to take the lead.

Nia Suardiaz, who was competing against the older girls in the U19 division as she lacked competition in her own age-group, was similarly dominant. The Spaniard took two wins from two, with Maddalena Spanu (ITA) hard on her heels each time.

Between the racing, the organisers began the Surf-Freestyle contest on day two. In the boys’ three groups, concern over lack of wind to complete the competition meant the format was adjusted to a 12-person “dingle” with four riders facing-off in each heat.

As might be expected MacDonald, 16, who won the full GWA Surf-Freestyle World Cup at Engadinwing at Silvaplana, Switzerland, just a week ago, was massively impressive. But French compatriots, Malo Guenole, 16, and Ezio Bastianelli, 12, also matched MacDonald’s amazing Frontside 360s. In the boys’ U16 Xavier Corr and Ancor Yone Sosa Kather both pulled off astonishing “radiculo” tricks.

The judges’ scoring of the YWC Surf-Freestyle competitions have been kept under wraps and will be revealed on the podiums at the climactic close of the fourth day of competition. 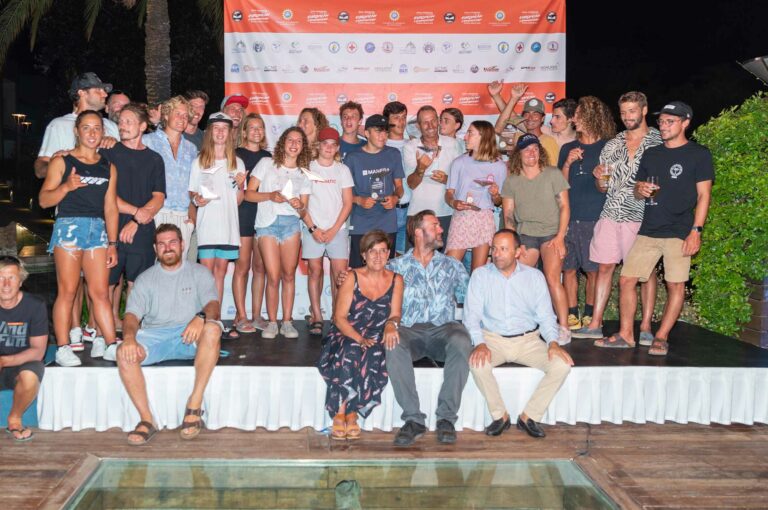 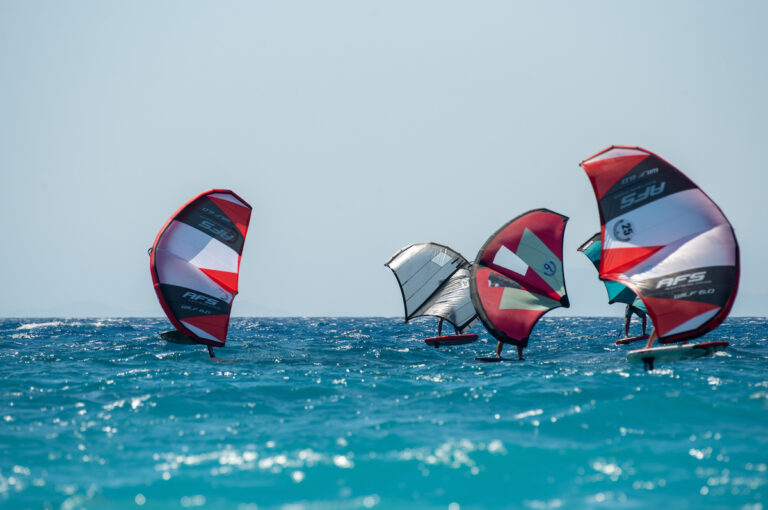 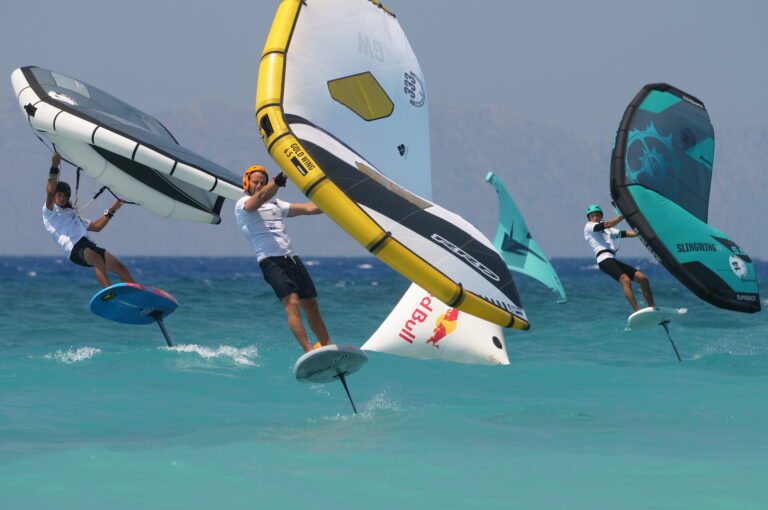 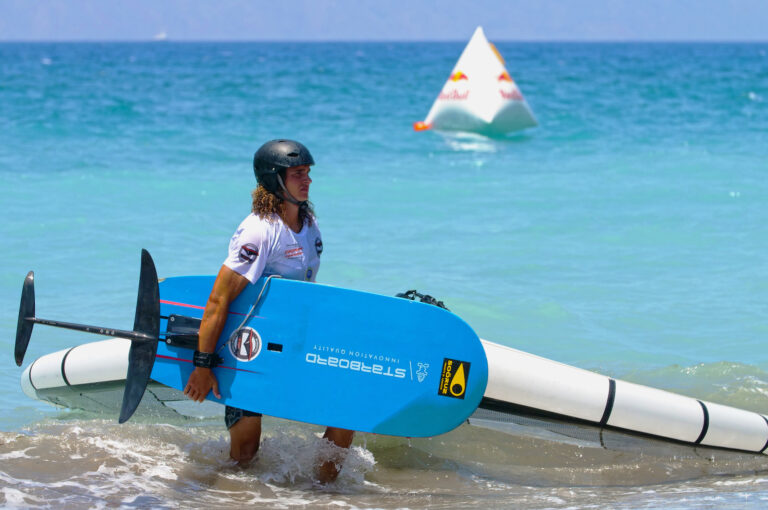